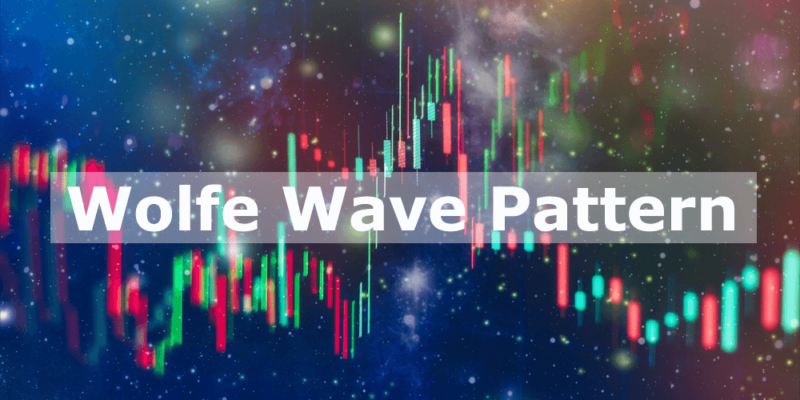 Wolfe Waves are caused by the forces of supply and demand in all markets and in all time frames. Brian and Bill Wolfe originally discovered them.

These waves form five-wave patterns, where the first four form a wedge and the last one goes beyond that wedge. This latest wave is usually traded. Using Wolfe’s Wave principles, we can calculate the length by drawing a line between point one and point four on the breakout and continuing in the direction of breakout wave five. So this is the profit-taking target line.

Let’s find out how to get the most out of this pattern in forex trading.

What is the Wolfe Wave pattern?

The Wolfe Wave pattern is a five-point structure. In terms of price swings, it consists of four swings. The expected reversal often occurs on the fifth swing. However, the setup is complete when the price reaches point five.

Let’s look at the daily chart of GBP/USD below. So since the pattern formed on the daily chart took more or less two months to complete it. Price setpoint 1st on 20 October 2011 and point 5 on 22 December 2011. 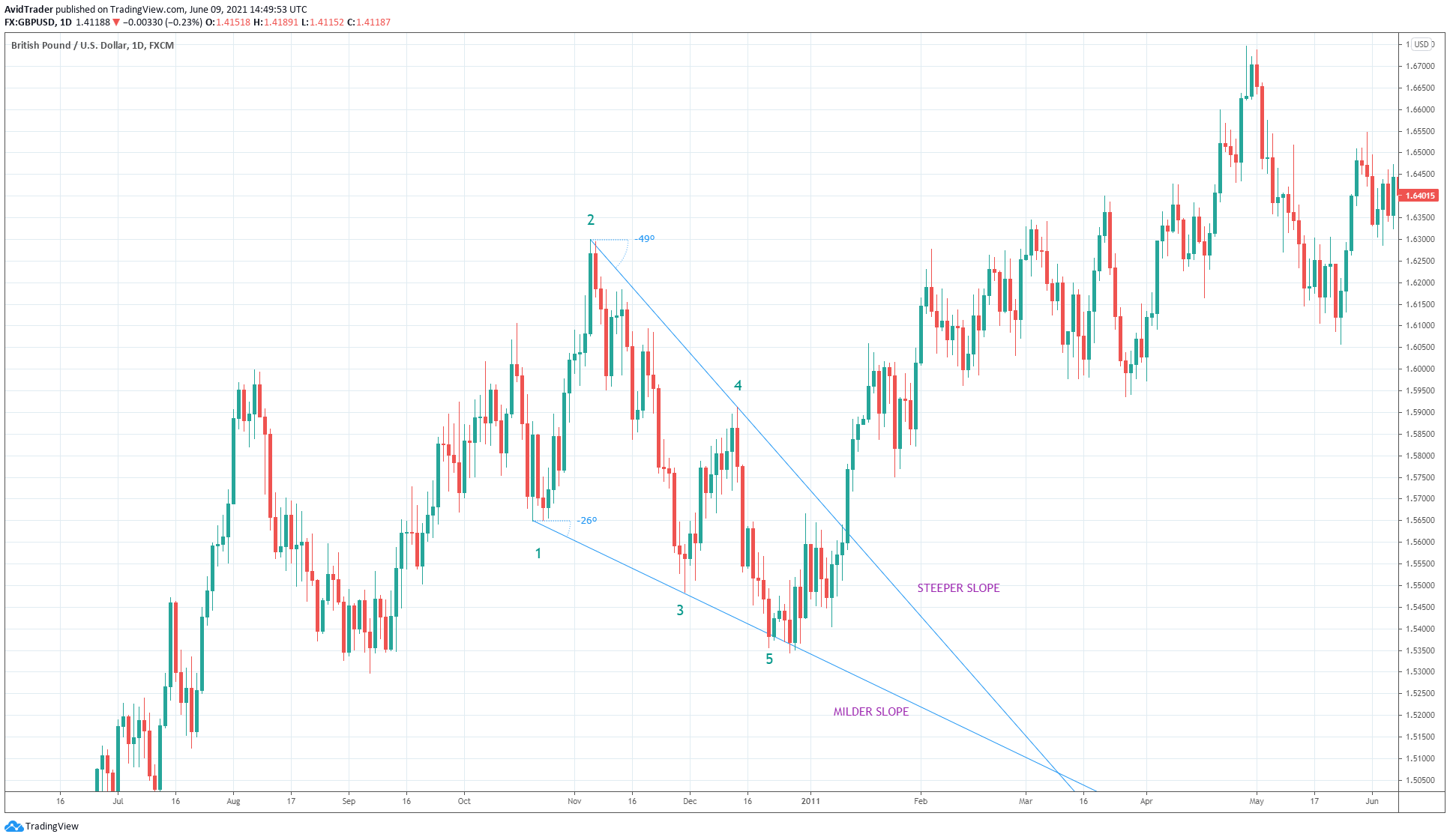 The Wolfe Wave pattern looks like a rising wedge or a falling wedge. We can make the case that the pattern is a subset or particular type of the wedge pattern, so it has a high success rate. It is better than the wedge in this respect. 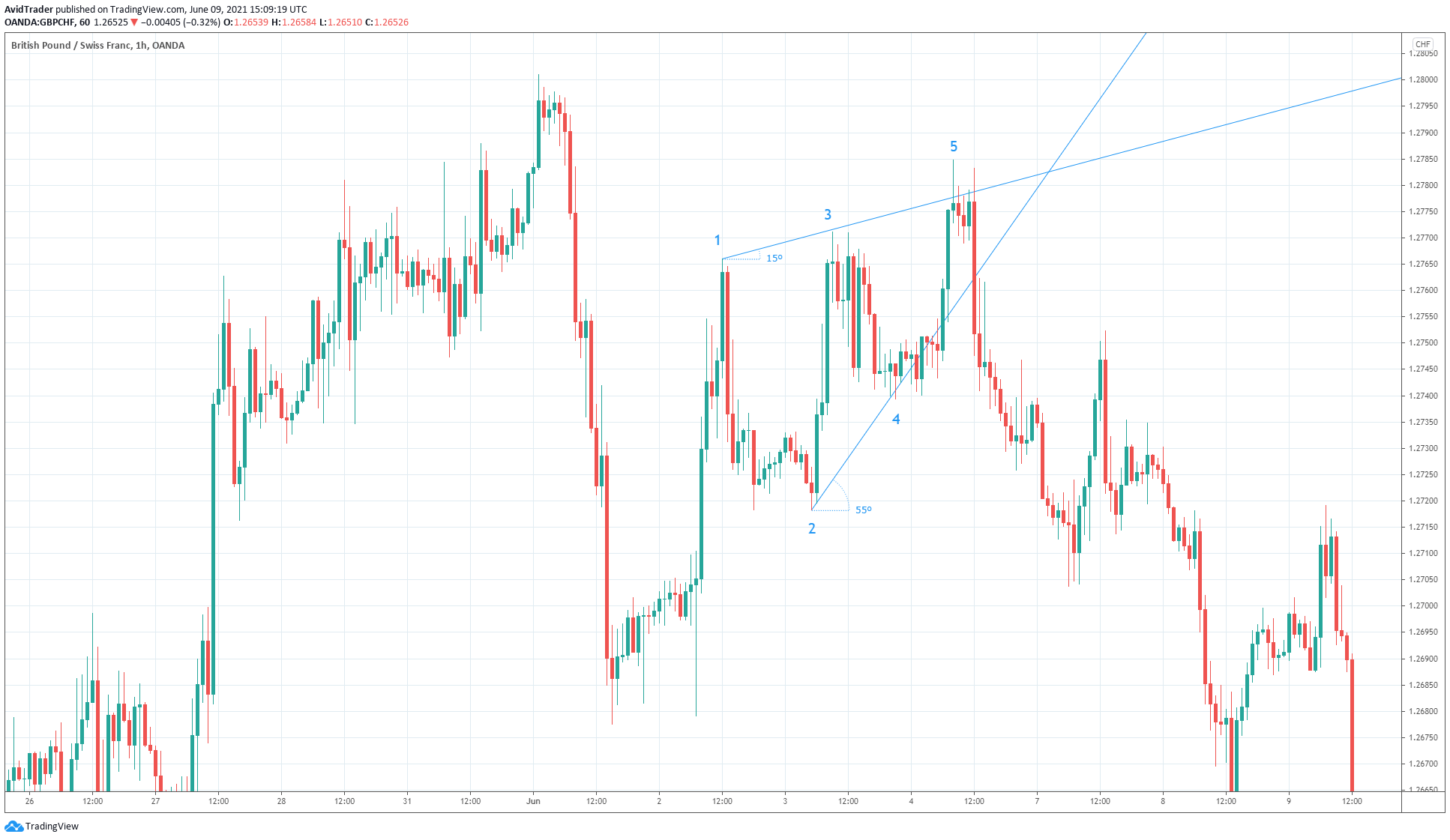 How to identify the Wolfe Wave?

While it is easy to draw the wedge pattern, the Wolfe Wave pattern is somewhat tricky. This is because of the counting involved in defining the structure. For example, you cannot arbitrarily take any swing high or swing low as point one, which is the most challenging part.

Defining the Wolfe Wave pattern and marking the swings with points on the chart is not that important. What is crucial is the counting process.

Like the wedge pattern, Wolfe Waves have bullish and bearish variants:

Refer to the above hourly chart of GBP/CHF. This Wolfe Wave pattern is of the bearish variant. The pattern formed from 2 June 2021 to 4 June 2021.

Here is the trick to counting the swings correctly:

How to qualify a Wolfe Wave

Not all Wolfe Wave patterns are equal in terms of appearance and effectiveness. However, they often go together:

There are only two factors that qualify a Wolfe Wave pattern, namely:

Let us analyze the above charts using these two criteria.

You can start looking for an entry when the price gets to point five. Unfortunately, there is no single best method you can use to enter the Wolfe Wave trade.

Here are the options available to you: 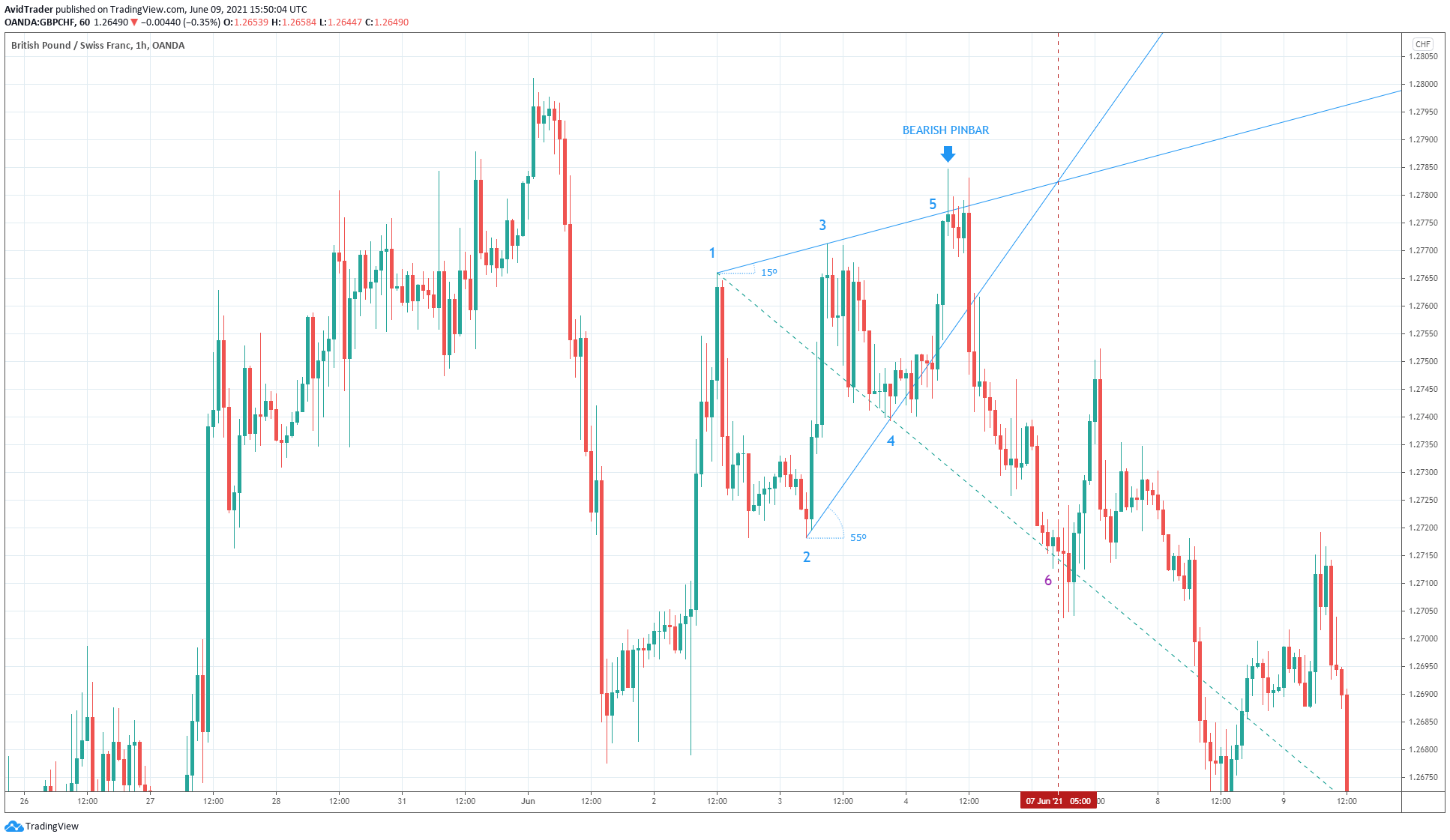 You can enter a sell trade in the above GBP/CHF chart when the bearish pin bar formed around point five. However, this scenario’s best entry strategy as the pin bar also rejected the upper trend line.

The next question is, “Where would you put your profit target?” Refer to the above chart again.

If volatility is low, expect a delay in the estimated time of arrival. At times, the price does not reach its destination at all. Therefore, you need to monitor your trade and be ready to intervene if price dawdles along the way.

As we have covered in this article, the Wolfe Wave pattern is compelling. In addition, it allows you to make quick profits as price tends to react quickly after touching point five.

A word of caution. The price is not always calm as it moves toward point five. At other times, the price is turbulent. When this happens, you must take a waiting approach. First, wait for volatility to normalize and then enter with your entry strategy.

Trading Divergence with the RSI Indicator

CHoCH Pattern Trading: How to Use It In Crypto Trading?

Time to Range Trade Crypto Strategy When This Pattern Shows Up