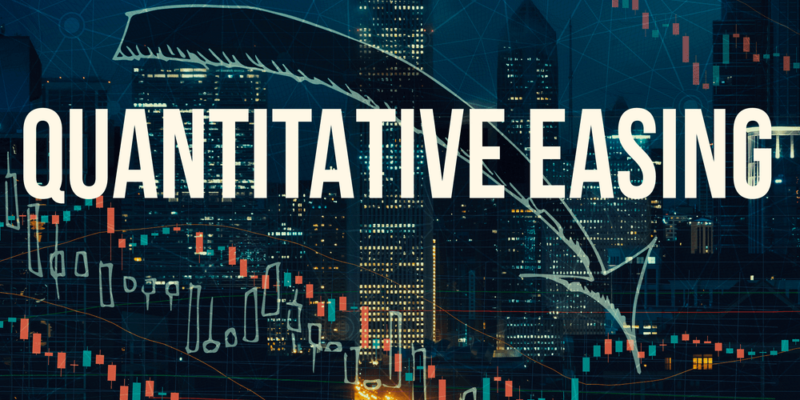 If you are a forex trader, you probably made decent money from currency fluctuation. There are many reasons behind the change in currency pairs value, and Quantitative Easing (QE) is one of them. So among your earnings, there might be some profitable trades that came from the movement from QE.

QE is an irregular monetary policy decision where central banks buy long-term securities to increase the money supply in the economy.

We all know that the main price driver in the FX is the central banks of the world’s major economies. Therefore, any decision from the central bank regarding the monetary policy directly affects the particular country’s currency. On the other hand, the FX trading instruments run through a pair, and any change in a single currency makes a massive difference in multiple pairs.

Let’s have a look in detail at how the QE affects the FX.

QE is a process to purchase long-term bonds and securities that usually increase the money supply to the economy. Only central banks can initiate the QE program according to the country’s requirements. Besides regular fundamental events, QE is the most influential to the financial market.

The Federal Reserve initiated the first QE program after the 2008 market crash. Later on, other central banks joined the party and based on the most recent report, the QE program from Fed, BoJ, ECB, and BoE are mentioned below. 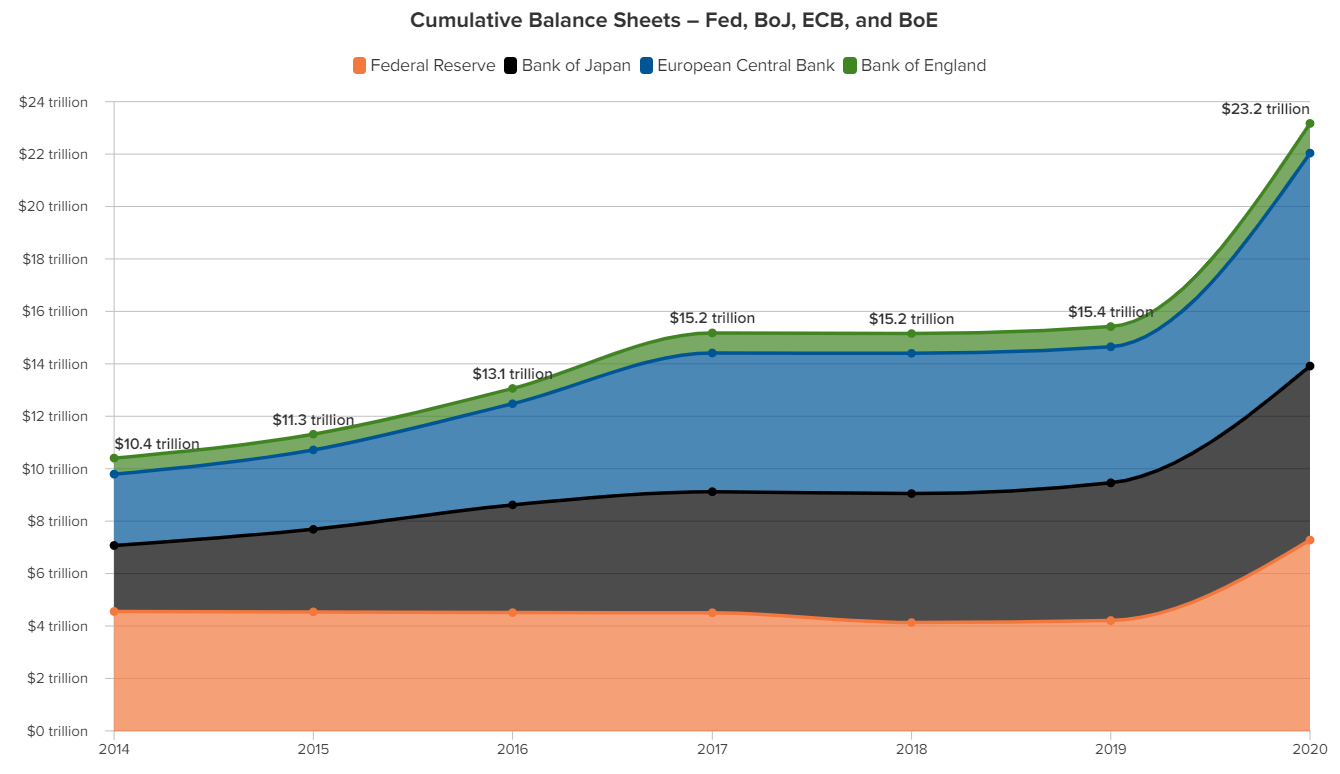 But the question remains: why should traders care about the QE program?

As traders, we always look for a trend, and it is straightforward to make money from a trending market. When important events like the QE appear, the market sets its direction and forms a trend. Therefore, if you are a technical trader, you can add this element to your trading checklist and consider the trend as bullish/bearish, depending on your trading conditions.

Histories of the QE

The first-ever complete QE program came from the Federal Reserve after the financial crisis of 2008. The Fed believed that the interest rate needs to move higher from zero levels to make the economy stable. Therefore, the Fed bought financial instruments like government bonds to support the economy. The most considerable effect of the QE program is that it will increase inflation.

Before that, the Bank of Japan initiated an aggressive monetary policy by purchasing public debts. However, the effect of this program became hostile to the Japanese economy. After that bank of England launched its QE program by cutting interest rates, but it failed to achieve the goal. In 2014, BoE again started a QE program by printing £410 trillion that successfully worked to the country to move the inflation rate low towards a 2% target rate.

Lastly, global central banks launched the QE program during the Covid-19 pandemic to minimize the effect of lockdown and business shutdown.

QE and the forex rates

In the above section, we have seen how QE works and how central banks achieve their goal by implementing QE programs.

But how can a trader benefit from the QE?

When the US implements the QE program, it will print billions of dollars to buy government bonds and other financial assets. As a result, the amount of US Dollars will rise in the financial market. The oversupply of the USD is a sign that investors will lose their interest in it and buy other currencies.

QE trading strategy for the FX

In forex trading, the increase in supply makes the currency weaker, and an increase in demand makes money stronger. In this way, we can identify the price trend based on the imbalance between supply and demand.

The core idea of using QE is to identify the market trend.

In a forex trading strategy, investors consider multiple confirmations before taking a take, and QE may remain one of the significant confirmations to the strategy.

Let’s have a look at an example.

At that time, the Bank of England launched a further QE program to aid the economy for the economic ramification of Brexit. BoE took a plan to buy 60 billion pounds of bonds and 10 billion corporate debts.

In this market, we got a bearish price direction from the QE. So later on, if your trading strategy finds any sell trade, you can consider it as a probable high trade, as it matches the QE’s direction.

The basic idea of using the QE program is to identify the market trend of a currency pair. However, there is no way to consider it as a holy grail to the market. Your highly probable trade setups might go wrong at any time.

Therefore, besides having a trading strategy, make sure to use an appropriate risk management system to keep yourself away from the unwanted risk of the financial market.

Arya Review: A Trading Software You Should Not Trust