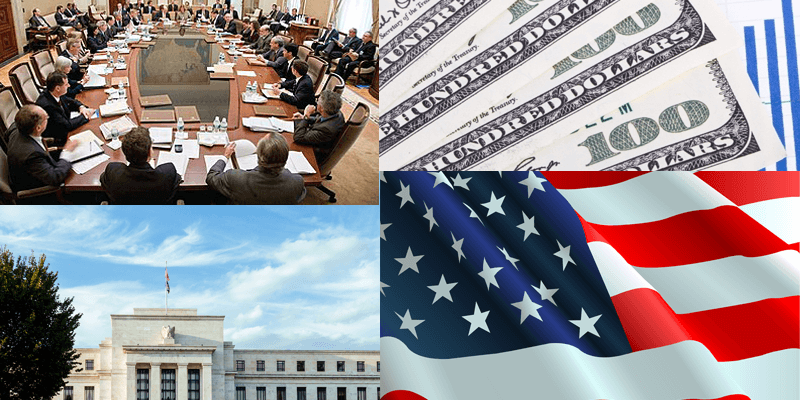 Running a country is like managing a large business corporation. Like a business, a country needs a sufficient cash flow to sustain its economy.

For the country and its inhabitants to survive, the economy must constantly be growing. Moreover, a flourishing economy attracts foreign investors, and it creates employment opportunities for individuals.

An adequate money supply is needed to keep the nation’s economy afloat, and the government is responsible for managing this. So stick around with us to know how to incorporate the central banks’ workings into your decision-making process.

The money supply is nothing but a crucial indicator to gauge the country’s economy. It keeps the account of the total quantity of money; liquid cash, including the one in current circulation among the public at a specific point in time.

The Federal Reserve System, or in simpler terms, FED, keeps the account of the money supply, and they would implement the necessary policies to stimulate it based on the economy’s growth rate. Therefore, they can raise or drop the interest rates to facilitate this growth.

The Federal Reserve measures the money supply in five ways:

To have a proper understanding of the factors that impact the supply of money in a country, we have to get to grips with what the FED’s role is.

What is the FED?

FED is the country’s central bank. While that might sound mysterious, it has a particular set of goals that it needs to fulfill. The bank has to, especially in times of a crisis, direct its efforts towards ensuring maximum employment and stable prices.

Along with the two main tasks, it also watches over long-term interest rates. What it does is more complicated of a story, and the one we don’t have to worry about just yet.

The Federal Open Market Committee or FOMC is one of the three entities that constitute the FED and the Federal Reserve Board of Governors, and 12 reserve banks.

The FOMC is the FED’s body that is in charge of monetary policymaking. It usually convenes eight times per year to decide on the best course of action, monetary policy-wise. That brings us to the big HOW? How does the FED make good on the dual mandate the US Congress gave it? The answer is through monetary policy interventions, including but not limited to Quantitative Easing (QE).

Many people mistake QE for the sheer act of the central bank printing more money. While it may be fun to imagine the FED turning on the old dollar-printing machine and making it rain bills, it is a bit more complicated than that. When a crisis strikes, it is expected for the economy, especially certain aspects of it.

As a steward of a country’s currency, the central bank, in this case, the FED, will increase the money supply to encourage spending and lending. The first step the central banks take is to downsize the policy interest rate, lowering borrowing costs.

So far, so good, right? Well, yes and no. The problem is that the interest rate can only go so low. Some countries, including Japan, have already introduced negative interest rates, while the United Kingdom, and, you’ve guessed it, the United States, have them at 0.1% and 0.00%-0.25%, respectively.

How does Quantitative Easing work?

As we already established, the FED doesn’t simply blast out a humongous printer and throw money left and right. The central bank does add new funds to the market, mainly in digital form. But it does so by acting as a buyer in the market itself, rather than just giving money to banks and companies.

No, the FED doesn’t make it rain

The FED uses the capital “printed” to buy assets and securities, in most cases purchasing government bonds and bills from other private lenders. As you can guess, while the image is not as impressive as FED Chairman Jerome Powell throwing money from a helicopter, the result remains the same.

Let’s look at the example.

In 2018, the Fed’s balance sheet began to shrink against the backdrop of quantitative tightening policy inverse from QE.

It’s the same thing as the Fed was “unloading” its balance sheet, taking liquidity (money) from the markets, increasing the discount rate. This led, as we can see, to a drop in inflation. That is, the economy’s growth is under threat: economic activity was not ready for such a load, the demand for money began to fall again — inflation fell.

And so, Trump again demanded from FED Chairman Powell to lower rates and soften monetary policy. There was no talk of restarting QE, but the Fed again started buying government bonds for $60 billion a month — this reversal in the balance sheet is precisely from this.

The amount of money on the market, or the money supply, rises. The increase itself makes lending to businesses, especially during the economic turmoil, less risky for banks. At the same time, the sheer number of lenders on the market would mean that they would have to offer loans to struggling businesses at a lower rate, thus facilitating the economic rebound from the crisis.

What could go wrong?

So far, it all sounds peachy. Again, yes and no. No action in the economy is without its risks and potential downsides. While quantitative easing makes money easier to run by, so to speak, it can also make money less valuable.

In other words, QE can, and usually does, cause inflation. This can pose quite a problem, especially if the banks and businesses decide to hold on to cash injected via Quantitative Easing and not make the best of their newly gained liquidity.

That’s why the process itself has to be carefully prepared, predicted, adaptable, and, above all, temporary. Once the economy bounces back and the activity stabilizes, the central bank will usually unwind its balance sheet or sell the securities it had bought previously, to put it simply. It then takes the money it gets for the assets and takes it out of the market to stop inflation from running wild.

A message to take home

All monetary measures and the increased money supply and potential inflation can impact stock prices via multiple mechanisms. So it is essential to keep a watchful eye on the FED and its decisions regarding asset purchases, interest rates, and quantitative easing.

While the remarks delivered by FED’s officials can be a bit of a snooze-fest, they usually provide traders with valuable hints as to where the FED is at the moment. As a bonus, it gets even more attractive during the Q&A portion of the conferences.

Presidents of the FED’s regional reserve banks can also be a valuable source of information, especially once you get more in tune with the nuanced talk they usually display during their forecasts and predictions.

As we can see, the Federal Reserve’s role is super imperative to a country’s economy. The FED keeps the money flow in check by applying QE, the Federal funds rate of FOMC, and the Reserve ratio required for banks.

Some may argue that these policies are a bit controversial at times, but it was used to rescue economies in the past, which is ultimately needed for people to improve their living costs.

What Is Multiple Time Frame Analysis: How to Predict the Price Direction Using It

Monthly Retail and Food Services Sales down by 1.3% in May