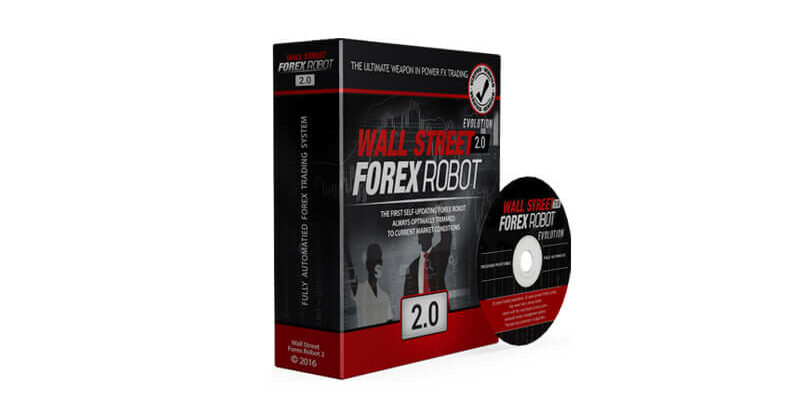 WallStreet Forex Robot 3.0 Domination is the latest version of the long-standing expert advisor released in March 2011. This is one of the main reasons why we have decided to conduct a detailed analysis of this FX trading system so that our readers know whether it is a worthwhile trading solution to invest in.

FX Automater is the team that stands behind this EA. They’ve developed many EAs, including Forex Diamond, Forex Trend Detector, Gold Scalper Pro, Omega Trend EA, and many more.

The developers of WallStreet Forex Robot say that they’ve kept the best elements from the proven, core trading principles of this original, but made some major adjustments to take the EAs functionality ‘to a whole NEW LEVEL’. According to the sales page of the product, FX Automater has designed ‘Broker Spy Module’, a ‘first in its kind’.

This trading tool was designed to protect traders’ accounts from ‘unethical brokers’ that can hurt traders with high spreads, high negative slippage, or delayed order execution. The updated version also has a real-time update system that automatically checks new settings, updates the EA, and restarts the robot for you. In addition to this, the FX Automater team claims that the new EA version goes with increased profitability thanks to improvements the team has made for WallStreet Forex Robot.

Although these claims sound good, we cannot make a verdict trusting the dev blindly. Therefore, our analysts have prepared a detailed WallStreet Forex Robot review.

This Forex expert advisor was designed to follow short and medium-term trends. This method of trading has proven its worth ever since Forex has been traded online. It is an effective way of generating profits for traders who use it.

It’s impressive that the devs share multiple backtesting reports for every currency pair on the sales page. Let us analyze one of them in detail.

As could be seen from the trading stats, it trades with a high RRR of 1:3. Its profit factor is low‒1.15. It holds an order open for 4 hours and 46 minutes on average.

The most frequently traded currency pair is GBPUSD–2,162 trades. The robot trades 24/5 with the highest trading activity on Thursdays–855 trades and Monday–836 orders. It trades with medium risks to the account balance. In the case of 18 consecutive losses in a row, 10% of the account balance will be lost.

The system uses a Grid of orders plus a Scalping combo. Moreover, it does not trade with a fixed lot size. It is not explained when the system decides to increase its lot size in the presentation. This strategic approach can easily blow your trading account.

There are 3 packages offered: Basic, Ultimate, and Premium. The Basic package includes one EA and is sold with a -70% OFF. Instead of paying $397 traders can buy the robot for $267. The Premium package come for $347 (instead of $897) and includes 5 EAs: WallStreet CRYPTO, WallStreet GOLD Trader, WallStreet ASIA, WallStreet Recovery Pro, and WallStreet Forex Robot. The ULTIMATE pack includes the same EAs plus an indicator. It is sold for $387(the regular price is $1297). All packages are protected by a 60-day money-back guarantee.

The limited sale offer is always used on this website. It is purposely made to boost sales.

Is WallStreet Forex Robot a good system to rely on?

The system trades with a sky-high risk-reward ratio and tree trading approaches that can easily ruin any trading account. We could not find any actual trader review on the reputed 3rd party websites to analyze their trading experience with this FX EA.

There is a WallStreet Forex Robot page on FPA. It has a 2, 8 out of 5 star rate based on 18 reviews from their customers.

The last customer review has a 2-star rating. It was written in 2020, so that should be kept in mind. The company did not answer any customer feedback. 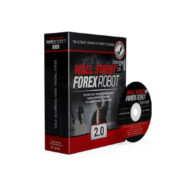 The system uses a combo of Gris and Scalping approaches. We expected to see actual reviews from customers on the reputed third-party websites like Forex Peace Army or Quora. Taking into account that the last feedback was written in 2020, we may conclude that the system is not a popular choice among traders.

Superalgos Review: Is This Crypto Bot Safe and Legit?

Cosmonaut Review: Is It Reliable?