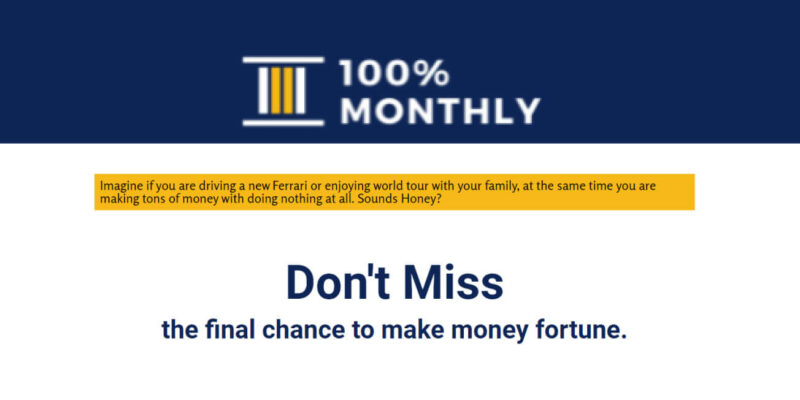 100% Monthly EA is a trading advisor with hidden strategies behind the system. The presentation doesn’t look informative. The core statement is “Don’t Miss the final chance to make a money fortune.” 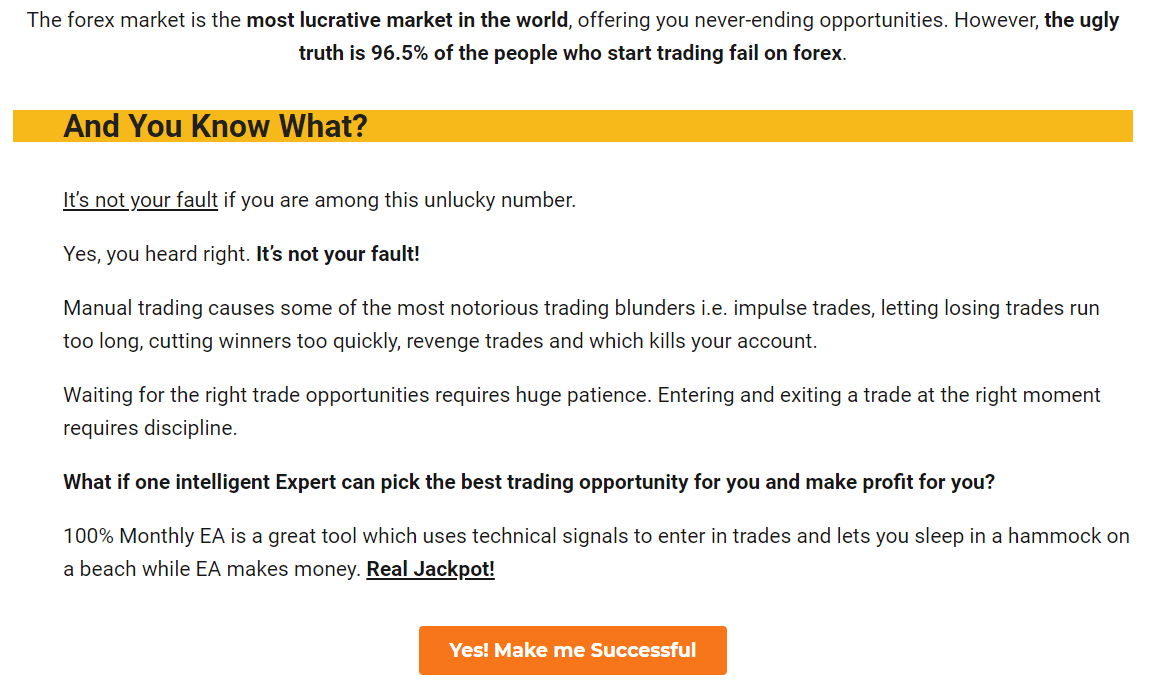 We have a story that should make us scared of trading on our own. It explained that it’s a miracle because we are here and everything will be fine. It’s weird to scare people instead of providing info about the system’s advantages.

The presentation has a few details about the advisor: 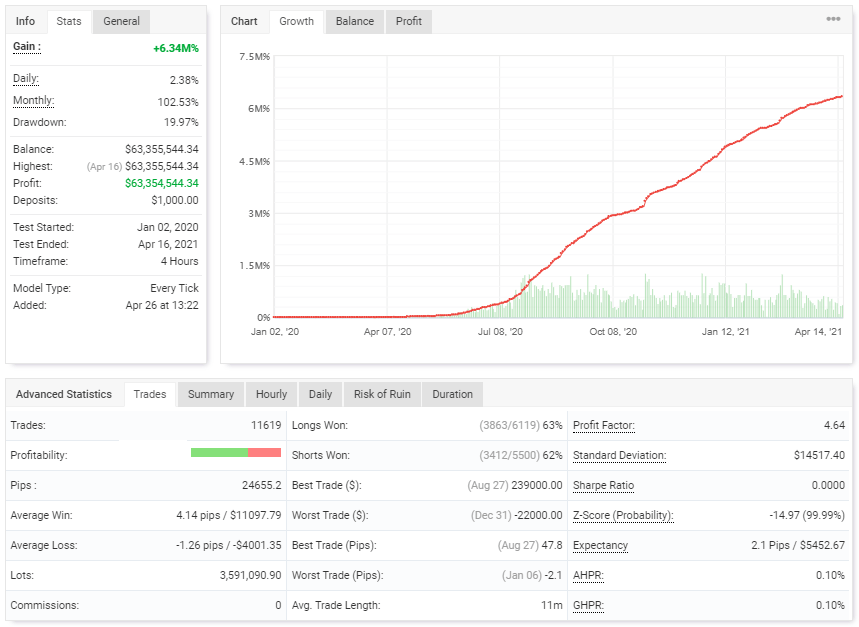 This test is for EURUSD only.

It worked almost equally during the week.

The test was executed with low risks. 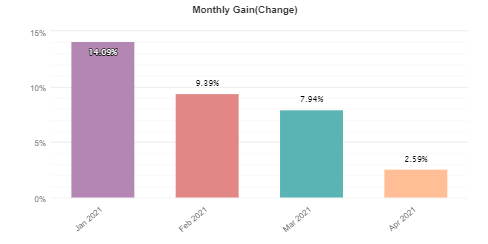 The last four months were profitable, but profitability went down noticeably.

The data was changed by the developer because several weeks ago, there were eight currency pairs. The total return is 146%. An average monthly return is 119.8%. The maximum drawdown is 2.3%, but it was 12%. The win rate is 67.8%. The profit factor is 1.86. The trading frequency is six deals daily (was 12). The robot has been trading for 48 days.

It’s how the data looked several weeks ago.

Now, half of the currency pairs have been removed. The most traded and profitable is EURUSD, with 114 deals and $1683.

The Buy direction has become more frequently traded than Sell. It was the opposite.

There were three strategies applied.

Now, we have two strategies removed. It’s a scam.

The system trades equally during a week. 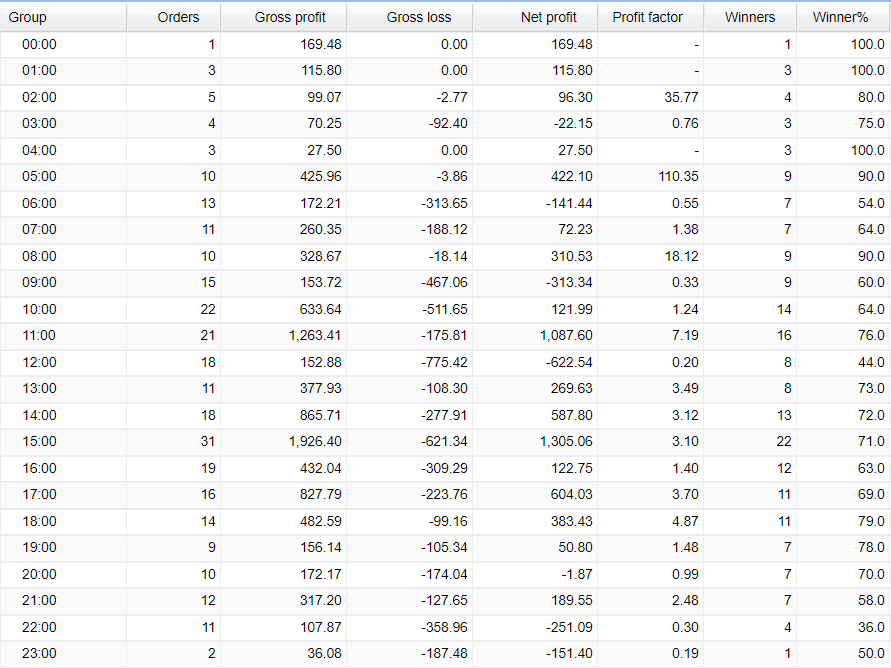 The advisor still prefers trading during the European and American trading hours.

The same we have with monthly reports. April 2021 trading activities were removed.

The advisor works with a mid-sized Grid of orders adding some Martingale when needed. 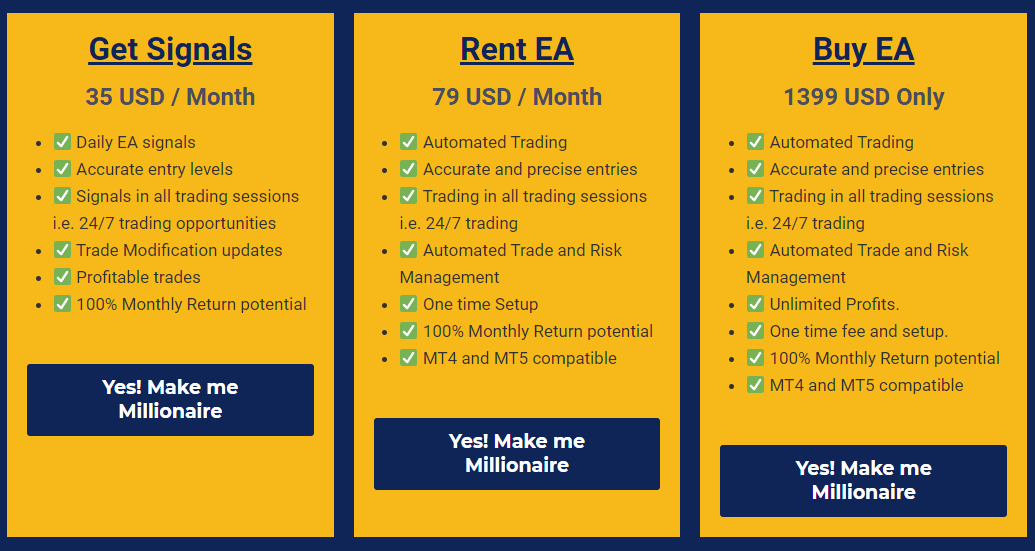 There are three ways to get started. The first one is a common subscription. We have to pay $35 monthly for it. We will have daily signals, accurate Entry Points, signals for all sessions, and updates. Renting the advisor costs $79 monthly. So, we can set-and-forget the robot on the account. It will work for us automatically. The final pack is expensive as hell. The lifetime license costs $1399. We can enjoy trading on any of the platforms: MT4 and MT5.

We have no money-back guarantee provided.

After removing some of the trading results, we have thoughts that there’s something wrong with the robot. It’s if we don’t talk about the risky strategy combo on the board. Removing trading results, it’s suspicious. No one does this if he or she wants to sell the robot. 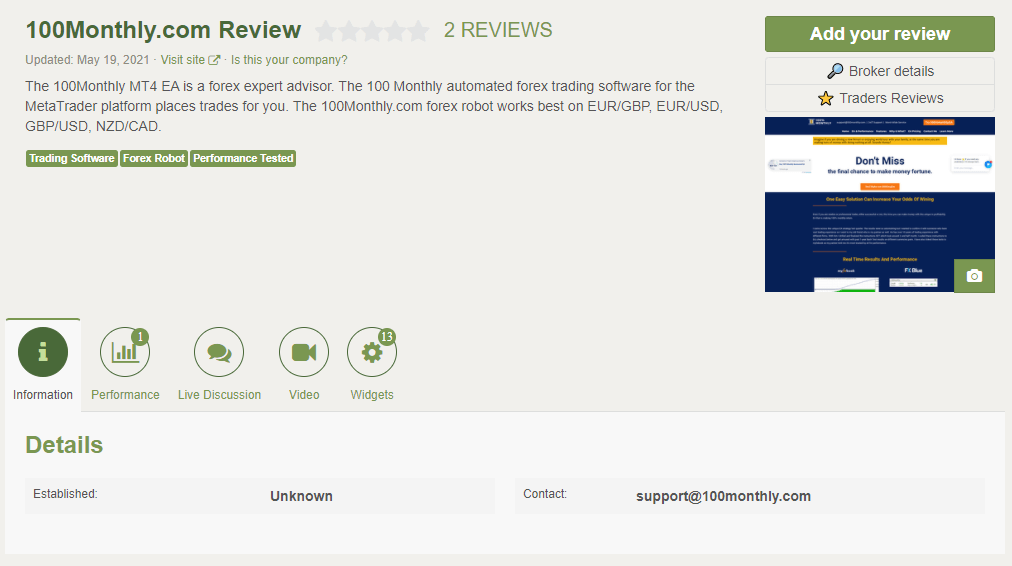 We have a 100% monthly EA page on the Forex Peace Army. There are only two comments published without a total rate formed.

The negative comment was liked by someone. It’s a few testimonials to make a wise final decision.

100% Monthly EA works trading a Grid plus Martingale combo. The robot was released several weeks ago, and it hasn’t proved that it can be profitable under various market conditions and during all market sessions. The fact that the developer withdrew data doesn’t increase a level of trust in the system.

How to Trade the AB=CD Pattern Successfully